When you fly to or from London, where I live, you can see many greenery area from the sky. Although it is the capital city of England, even apart from the famous parks in the central area there are many great woods in London. The further out you go towards suburb, the more woodland there are. There are several woods quite close to where I live as well and I went to one of them at the last weekend for a short walk.

One of my favourite woods near my house is Queen’s Wood. According to the council’s website ‘Queen’s Wood is one of the boroughs four Local Nature Reserves and one of four ancient woodland in Haringey. These woods are thought to be the direct descendants of the original “wildwood”, which covered most of Britain about five thousand years ago’. That sounds very impressive.

As it’s described as an ancient woodland as soon as you step your foot in the wood, most of the ground is covered thickly with tree canopies. They are all native trees such as English oak, beech, hornbeam, midland hawthorn, hazel, mountain ash, field maple, cherry and holly etc. 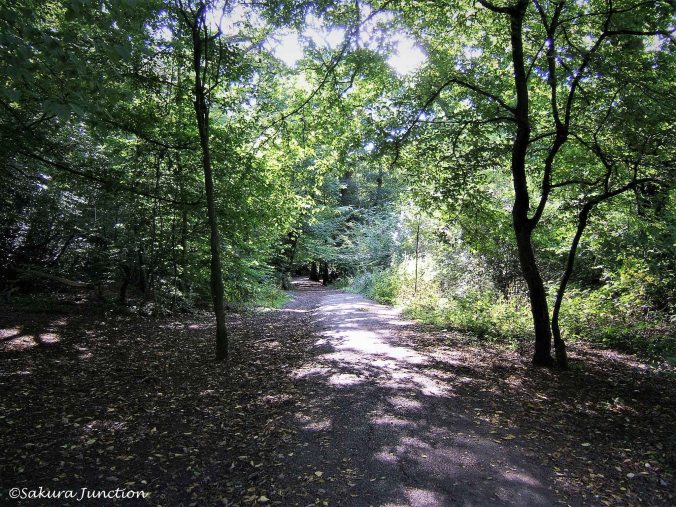 Then, whilst walking I started to hear some noise as if something was dropping. I saw a dog also stopped at the bottom of one tree looking up and refusing to leave the place. He probably thought there must be a squirrel or a bird there and wanted to find it out. But actually it was the sound of acorns falling to the ground from the top of the tree. Perhaps the dog might be right and some animals were playing with acorns up there and dropping them onto us. It was a quite hot day still in August but the nature knew that Autumns was coming soon. 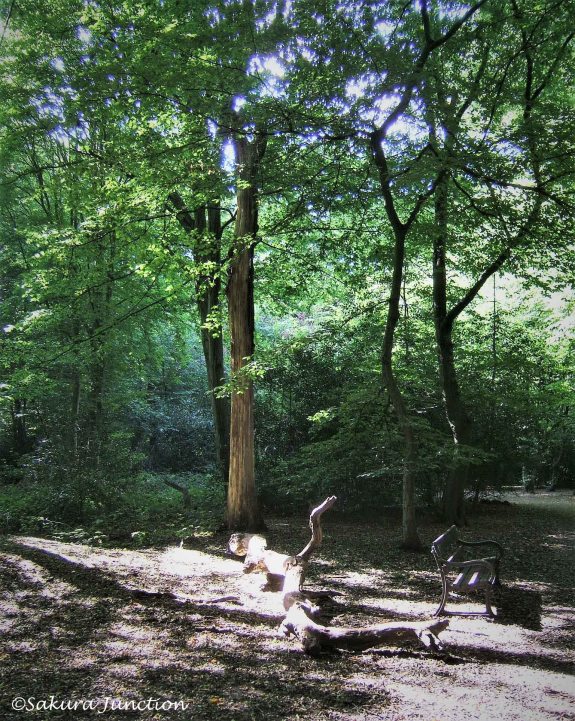 I enjoyed walking in Queen’s Wood but there was another reason I headed to this ancient woodland. It was of course for having tea time there.

There is a small Café at one of the entrances of this woodland. It looks like a cottage in a countryside from outside and there is a community allotment run by volunteers behind it. They seem to be using organic vegetables from their harvest onto their menu. I have been interested in this little oasis and this was my first time visit to this café.

They have some table at the balcony so I sat at one of them and had a carrot cake with a cup of coffee. The coffee was very good and by sitting on a terrace facing to the wood I felt like it was a break during a countryside Holiday.

I love this photo. It looks as if it was the scene which was shot in a mountain.

It was a lovely afternoon.