The main reason I went back to Japan this time was that my family had a Buddhism memorial service called ‘Hohji (法事)’. A Monk visited our home and gave us a prayer service. It lasted about 30 minutes to an hour. It was not that long but you had to be seating on a ‘Tatami (たたみ)’ mat and that was the toughest part of it. We of course sat on a cushion ‘Zabuton (座布団)’ but since I’ve been living in the UK for a while now and not used to seating on my leg … My legs became numb. The monk told us to sit in any position we felt comfortable and followed by telling us that he knew somebody who had broken her/his bone because s/he had tried to stand up and stumbled due to numbed legs. It was a hilarious story that we thought a little too extreme. Anyway we finished our prayers, thanked and said good-bye to the monk. None of us broke our bones luckily.

Before the service we had a special lunch for the day. 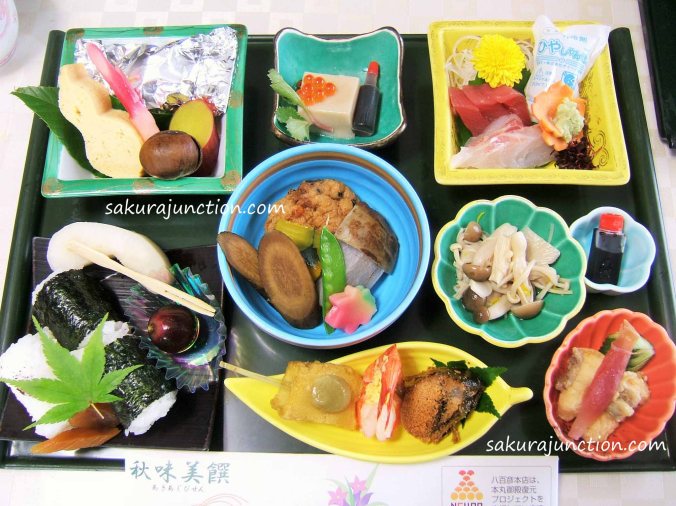 The delivered meal came on a black tray including clear soup to go with it. A variety of contrasting food was placed on a plate. It looked so colourful with a little bit of Autumn theme in there too. It was keeping the Japanese policy “Food should be something we enjoy with the eyes”.

Because it was for lunch and it was for a memorial occasion we chose a collection of light food and nothing heavy and oily. A small amount of ‘Sashimi (さしみ)’, Prawn, Vegetables, Tofu products and Mushroom etc. everything was the main dish. A little bit of everything!

Steamed fish and mushroom was hiding in a foil. ‘Tamago-yaki (Egg Omelette) was shaped into a gourd. There was a chestnut and sweet potato too. It was a feast in Autumn here again. 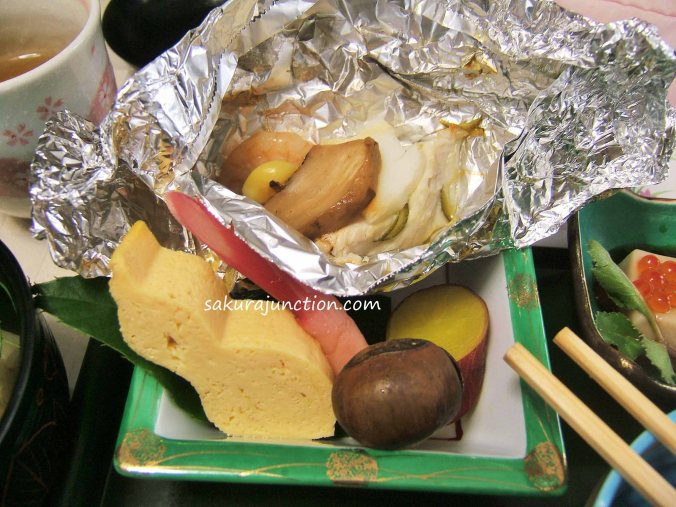 Steamed Fish & mushroom was hiding in a foil 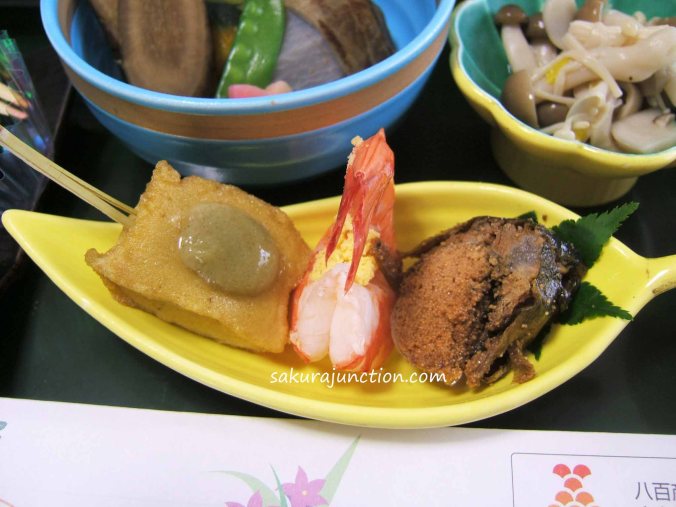 Prawn, a Fish and a Miso Dengaku

The thing that impressed me the most was this ‘Suimono (clear soup)’ (on top/right). 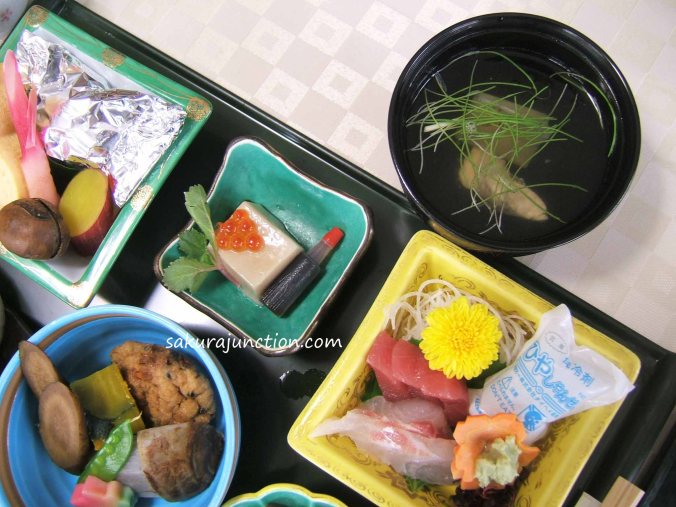 It had a folded ‘Yuba (Tofu sheet)’ in the soup but by looking closely … You see a character was stamped on it. 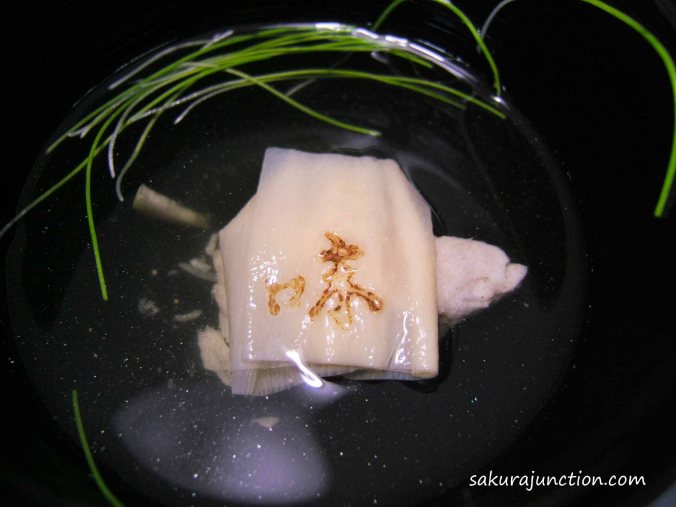 The character is ‘味 (Aji)’ which means ‘Taste/Flavour’ in Japanese. Yes, I totally agree. The Taste is the most important thing! 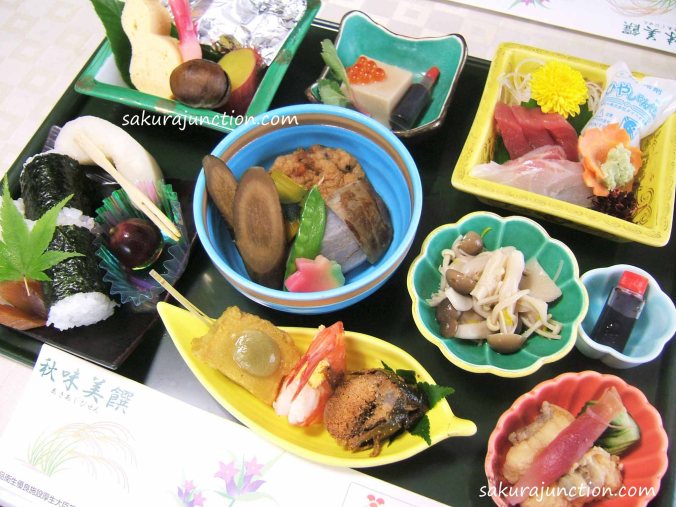 “Gochiso sama deshita! (Thanks for the lovely meal)”.