Britain is in the best season in a year now. It is also the great season for soft fruits. About two weeks ago I was given a very beautiful surprising gift. It was a huge bowl-full of magnificent Redcurrants which was from a very grand garden of a good friend of mine.

The fruit was so fresh and shiny. It was amazingly beautiful!

When they got caught in the sunlight the Redcurrants shine more beautifully than a Ruby stone. Truly Amazing! It is a real Jewel of a garden. 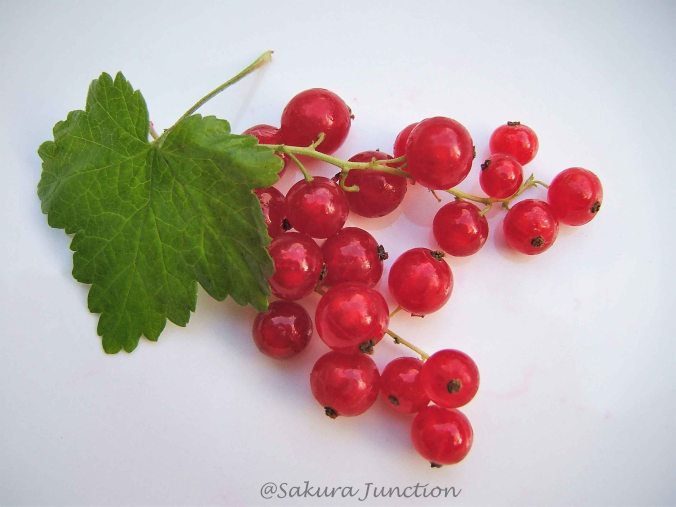 What can I make with them? Jelly? Cake? Pie?

I did not want to waste this fabulous crop by rushing the decision so that I made a small cake with some of them and then froze the most.

The cake with some Redcurrants was tasty and pretty with pink dots here and there. I did not realise that I hadn’t taken any photo until only a small piece of the end was left, hence the photo result was as poor as below… (-_-;) 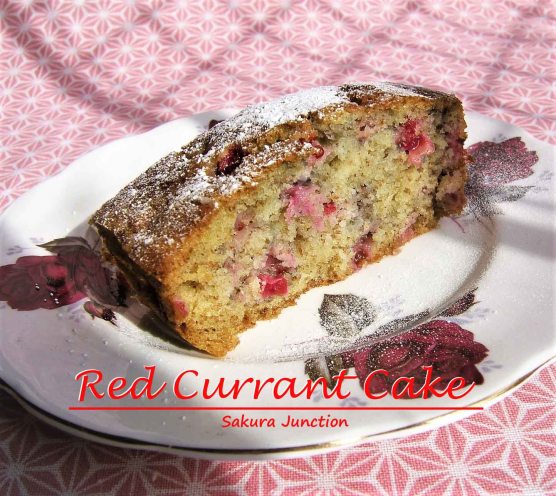 I am dreaming what I should make out of the Redcurrants I kept in the freezer …. Any suggestion?

4 thoughts on “My Beautiful Redcurrants!”