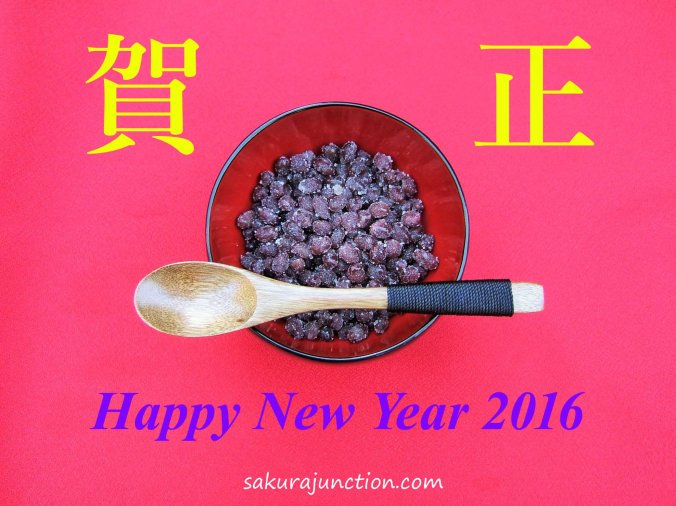 In Japan we celebrate three days for the New Year. Yes, the New Year Days are very big deal for Japanese. It is the biggest National Holiday and everybody should be resting including the person who cooks for the family too. In order to have less cooking time home chef prepares celebratory meal ‘Osechi (お節)’ until New Year’s Eve. It is like a bigger version of Bento box filled with lots of delicious & luxurious food all of which last for 2-3 days so that you just need to add some extra thing such as ‘Sushi’🍣, ‘Sashimi (さしみ)’ or something warm.

But that is IF you are in Japan and IF a Japanese person has been living outside of Japan too long? … Since I started living in England I don’t do anything particular for New Year’s Day. That is sad.

This year was not the exception but I felt the urge of doing some “Wa (和)” thing. “Wa” means something Japanese. So in the New Year’s Day morning I suddenly decided to make a kind of ‘Mochi (もち)’ – Rice Cake from rice powder and made ‘Ozouni (お雑煮)’. It is a bowl of clear soup we eat on New Year’s Day that has Rice Cake and some vegetable with shaved Bonito flakes on top. Because my version was an instant (rough) cooking this time and I wanted to eat it before it got cold so … no photo. It was not pretty enough for photo shooting but I felt at ease in some kind of “Wa” on the New Year’s Day.

As the continuation of “Wa” spirit on the New Year’s Day. I made ‘Kusa-mochi (草もち)’ that is the same Japanese sweet I made for the market in December. I had it with a hot bowl of ‘Sencha‘ Green Tea🍵.

Hhhhhaaaaa, although I could not do the traditional celebration, ‘Ozoni’ and ‘Kusa-mochi’ just made my New Year’s Day! 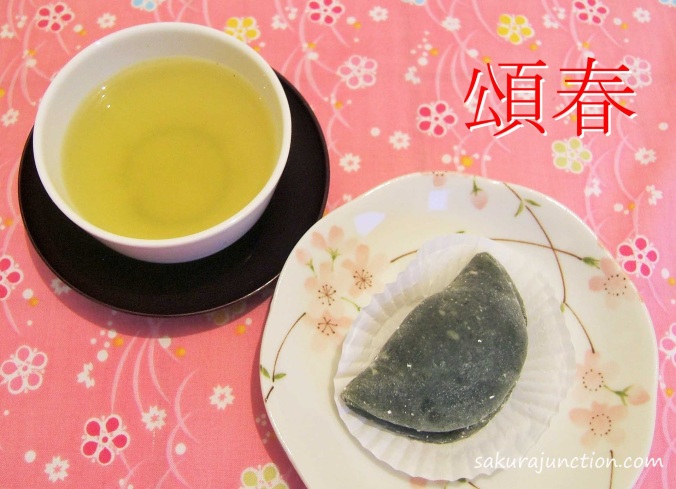