It was ‘RHS Chelsea Flower Show’ week last week. It is the biggest Flower show on earth and people from all over the world exhibit their design and display. I am not a member of RHS (Royal Horticultural Society) but love to go there whenever it is available. Although I was not expecting that would happen to me this year, I got a ticket accidentally so I went to view beautiful gardens.

My Chelsea viewing starts as soon as I come out from the tube station. The nearest station to the show is Sloan Square which leads to King’s Road with lots of clothes shops. During the Flower Show period many shops around there use flowers as a part of their window display. I always wander around there before walking towards the show.

I have been to other flower shows but Chelsea is the only one I am keen to go back visiting. What I like about it is that it’s more about Garden & Planting Design than selling. I have studied Garden Design before and this is the place where I could learn how to put ideas together into a real garden.

So right after arriving there I started viewing the big show gardens straight away as usual. 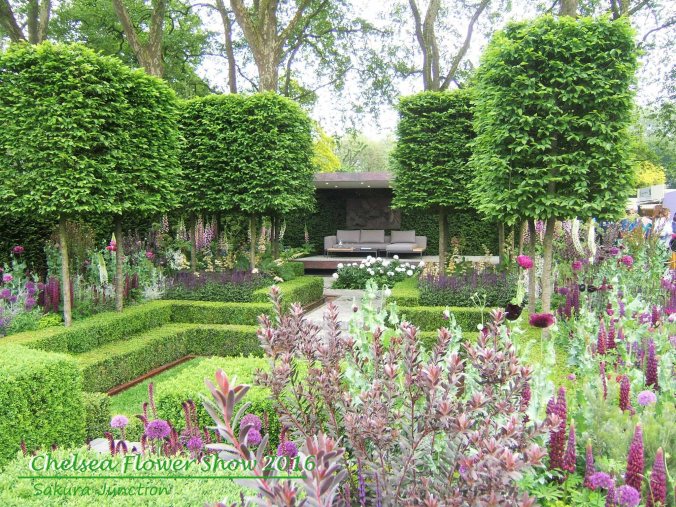 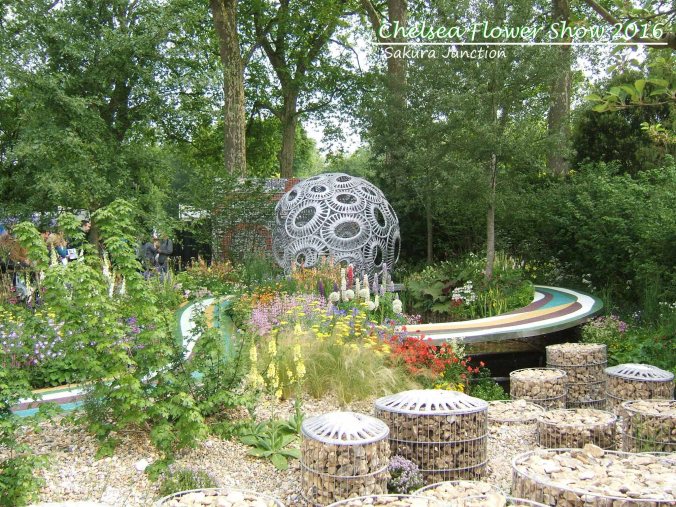 Now I am going to show you the closer look of the show including some parts of gardens that I thought something special.

The garden with the Best Calming Effect 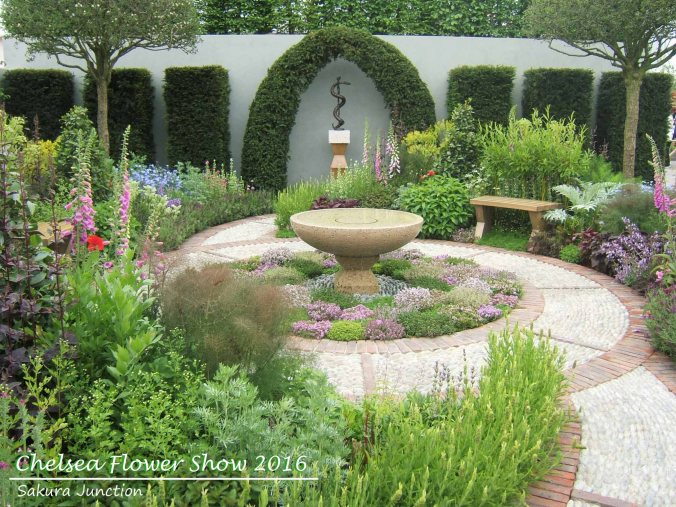 The Best Seating Area (my selection)

The Best Stone of the Show (my selection) 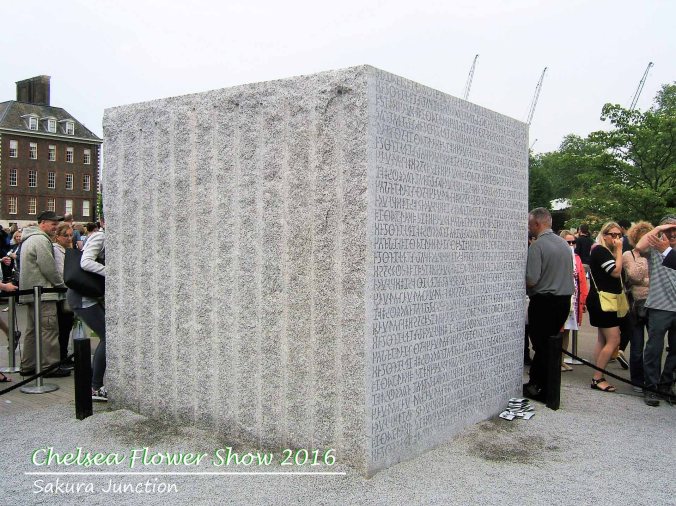 From outside it was just a massive granite cube with some lines and made up characters chiselled in but its core part was taken out and inside was supposed to be a garden. Only way to see the hidden garden was peeping in through tiny holes in about an inch diameter created on one side. There was a long queue of people who’d like to view inside but it seemed worth it.

After waiting for about 30 minutes or more finally my turn for viewing came. I tried peep in through a tiny hole. I wondered what I could see … 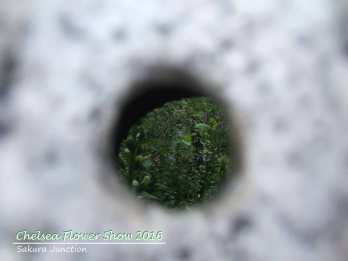 Uuummm, it is not very clear? OK, go a little closer. 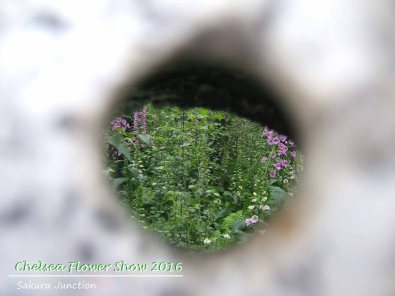 Do you start to see something more?

Oh, I can see some planting inside! 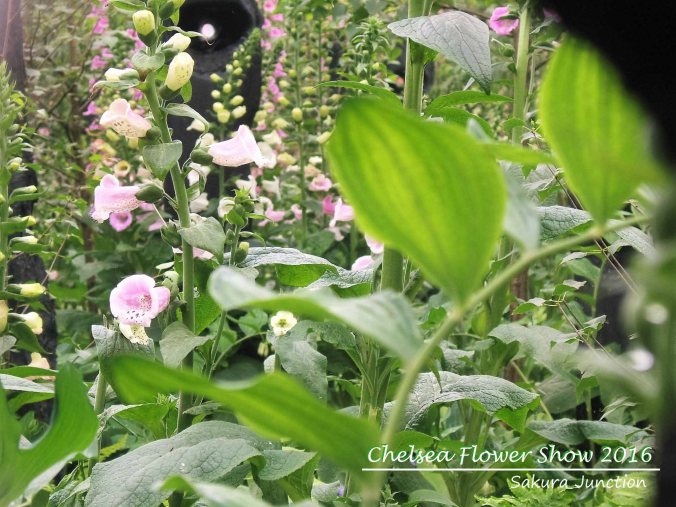 It looked so much wider than it was supposed to be. As well as some planting with lots of Foxgloves some mirror was placed behind it with some angle so that  you could see an eye of someone viewing next to you. Many viewers were talking and asking questions to the exhibitors afterwards. I like a garden that makes people think and wonder.

As planting I have noticed that Lupines and Foxgloves were everywhere this year. 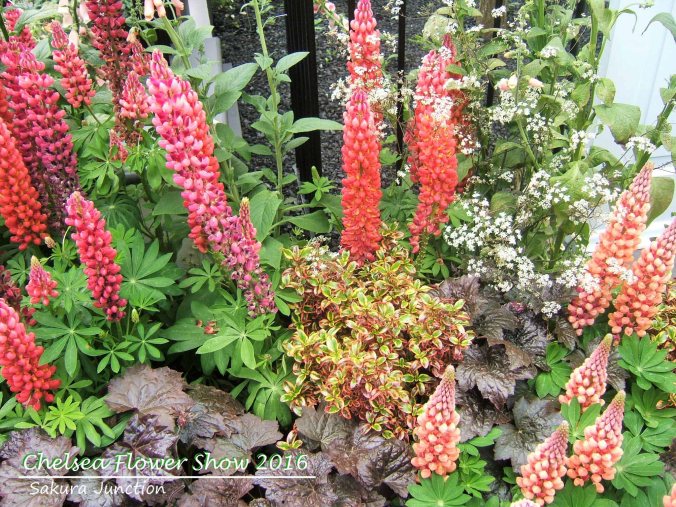 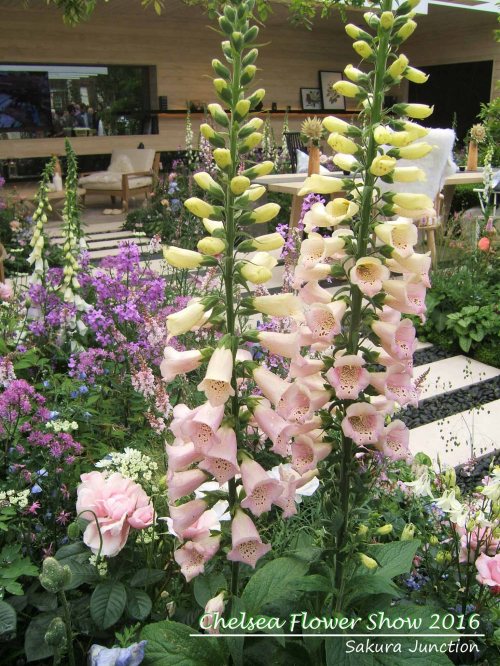 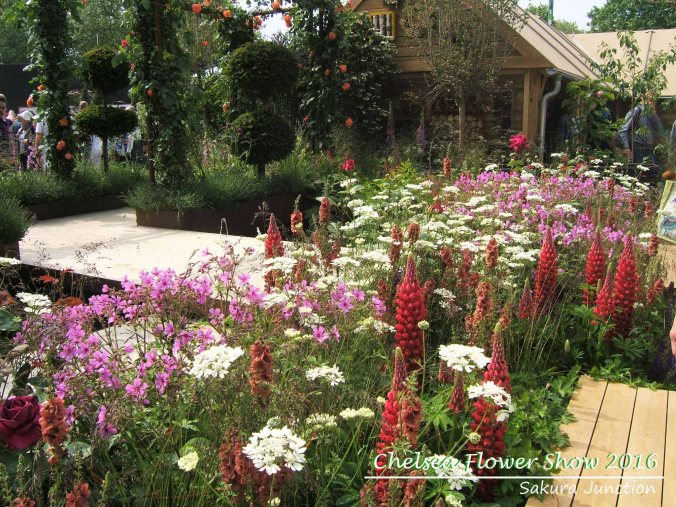 I found this little mechanism interesting. 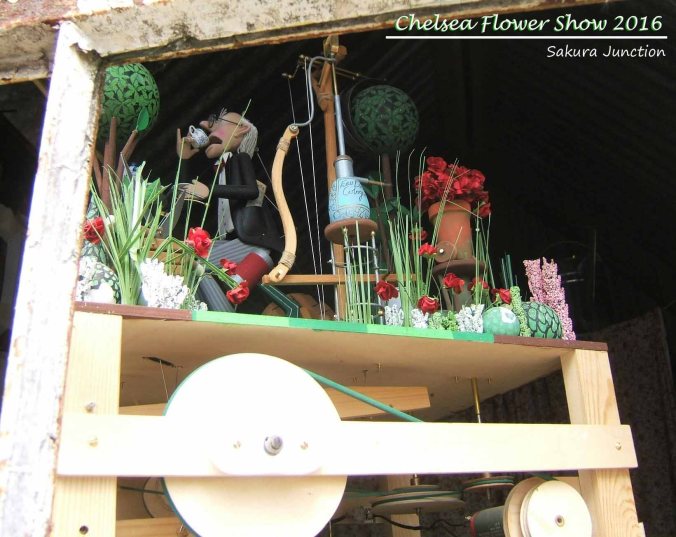 This little man sitting in a garden moves drinking tea from a cup. There was something very English about it.

This is a lantern which was placed in ‘East & West’Garden. I wonder why I feel soothed when I see something Japanese-ish … 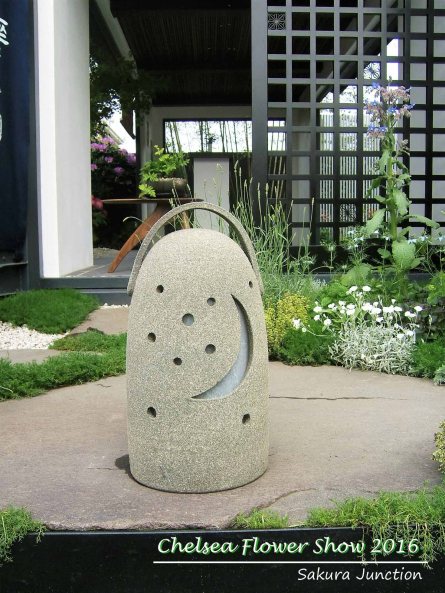 I like gardening but haven’t done much for the last two years. This year I will definitely make some effort of making my garden look nicer. From seeing all the gardens in this year’s Chelsea this is the colour scheme I am aiming to go for. 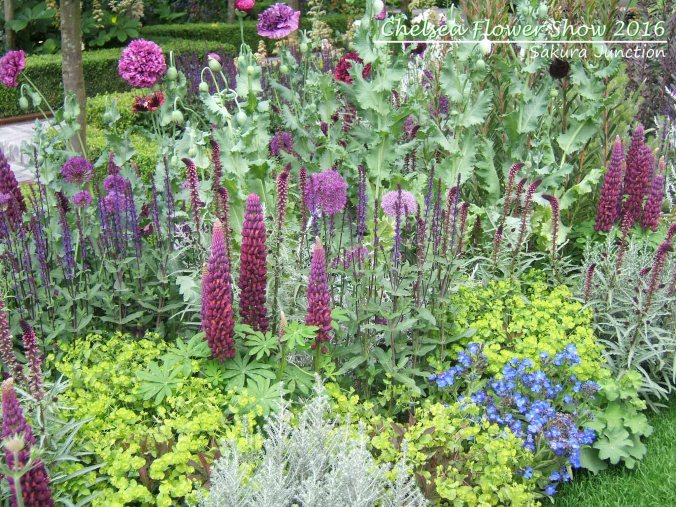 So, what I thought about this year’s Chelsea?

The show was quite good but I personally thought dynamism was missing from this years’ designs and too similar planting was noticeable. There were also several Gravel gardens with more drought tolerant plants and that was a bit too many to my taste. Some of the designers have been exhibiting year after year and probably that could be the reason that similar designs were seen. Perhaps I should enter my design sometime … ? 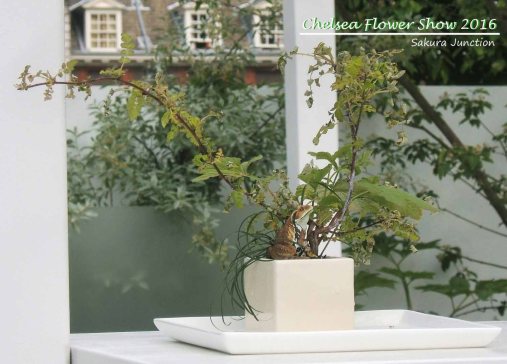