It was great weather last sunday. Shamefully I was not planning anything particular to do in this lovely day so decided to go for a walk locally to my first visit to Highgate Cemetery. It is a famous cemetery that well-known people are buried.

I have several English friends who like to go cemeteries. They say it is calming and makes them feel peaceful. However, for me as a Japanese person a cemetery is somewhere spooky so I never be keen on visiting there. In old fashioned Japanese horror films ghosts always appear under willow trees near a cemetery. By thinking lots of bodies under the ground walking around there is also quite disterving to me. Anyway, that is why this became my first visit to this famous place. It was something new for me.

In order to reach the cemetery I went through Waterlow Park in Highgate.

The park has a wide grass area with some huge trees and some colour too. 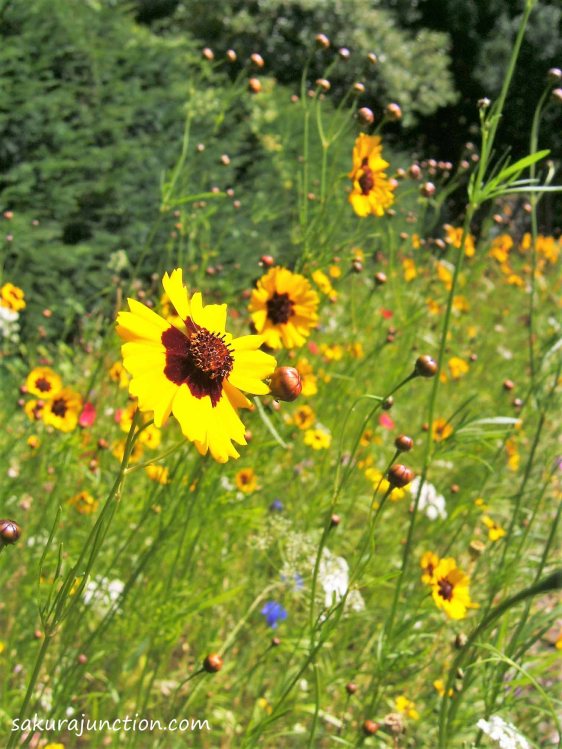 I found a tree which looked like somebody’s belly. 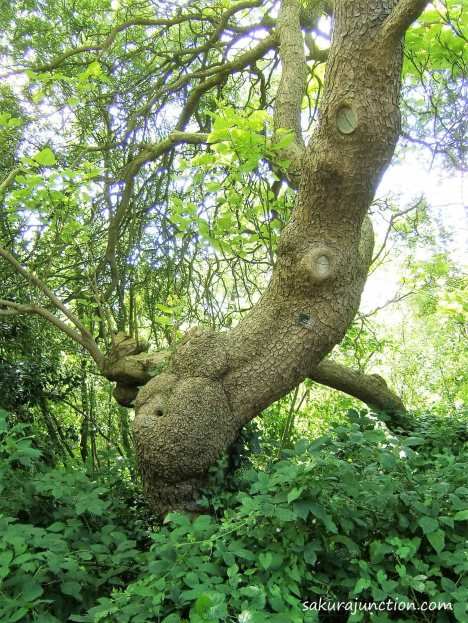 Highgate cemetery is right next to this park which is composed from two separate space. I went to the one which has Karl Marx’s tomb.

The entrance area was quite open.

But once you go inside you find it is under a dense woody canopy. If you see it the space on a map you can see how green it is by comparing to the Waterlow Park I just visited from the sky.

You almost feel like you were walking in a woodland.

Here is the biggest tomb and attraction to many visitors, Karl Marx’s tomb. 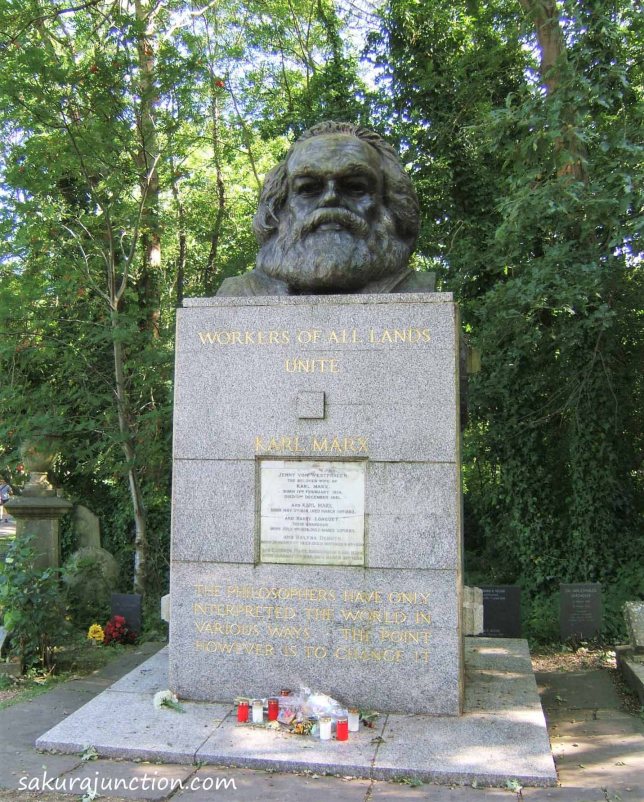 Oh, what a big head! You cannot tell from this photo but the tomb is about 3M in height and the size of this head is about 10 times bigger than a human head.

There are so many graves. Some with remarkable statues and some were very modest. 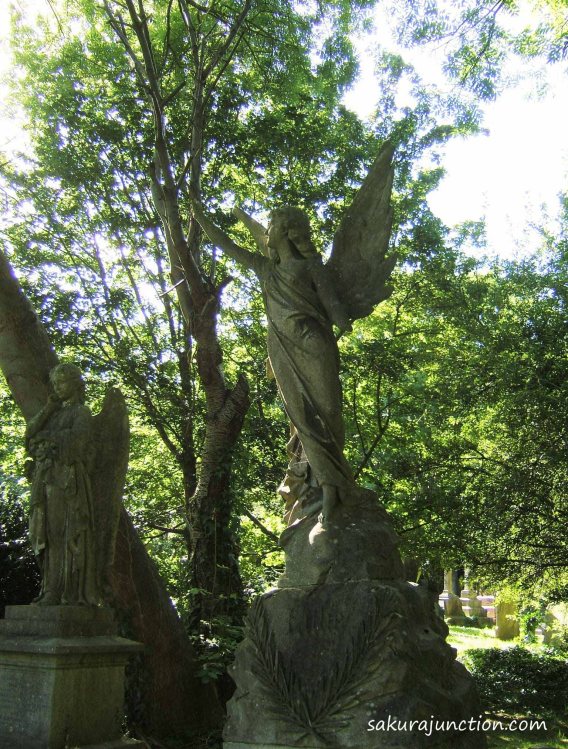 I left the cemetery and came back to Highgate village. 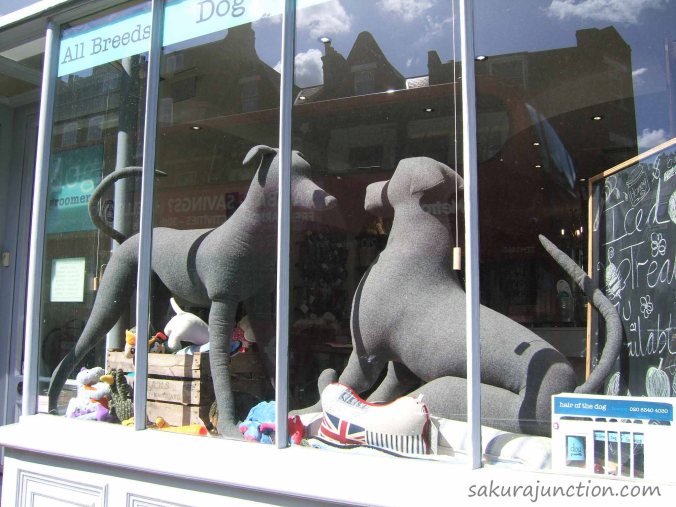 I went to a pub and had a pint of ale. 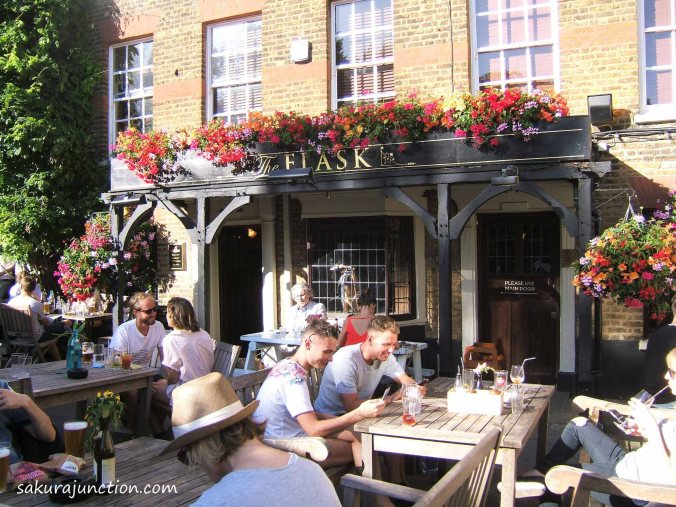 … and walked back to my home.