I have roughly explained about ‘Chushu‘ (the Middle of Autumn Day) and the Full Moon viewing custom in Japan in the previous post. However, there is another key character in this Story. It is a Rabbit.

In Japan we say there is a Rabbit living on the moon and makes (pounds) ‘Mochi’ Rice Cake on ‘Jugoya‘ the Full Moon. I think the story started because people in the old days saw a Rabbit shape in the pattern on the Moon.

However, there are several stories to back up the thought behind it. 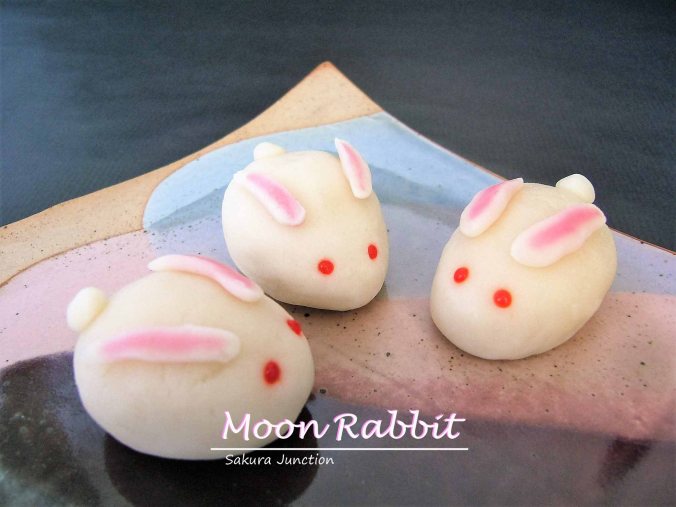 It is Japanese sweet which made of ‘Nerikiri‘ (White Bean Paste with Mochi) and Free from Gluten and Dairy & Oil.

This time I used ‘Kimi-An‘ as the centre which is a yolky flavoured ‘Shiro-An‘ (tastes slightly similar to custard flavour). It looks a bit like boiled egg when you cut it in half.

This Moon Rabbit has been served in Wasoukan Café during September.