This post became a much delayed report but last month I had an opportunity to hold another ‘Wagashi’ Japanese Sweet Making Workshop in London. This time it was at the very posh lovely Tea speciality shop My Cup of Tea which is located near Piccadilly Circus. Maybe because it was a weekday and also in the early evening we had two male enthusiasts amongst female participants. It is great to see many people from both gender getting to know about Japanese sweets culture and being interested in even making them.

The theme of the sweets we made in the Workshop was Flowers. I planned to make three sweets that are visually pretty but not too complicated to produce for beginners. After a short introduction the workshop commenced. 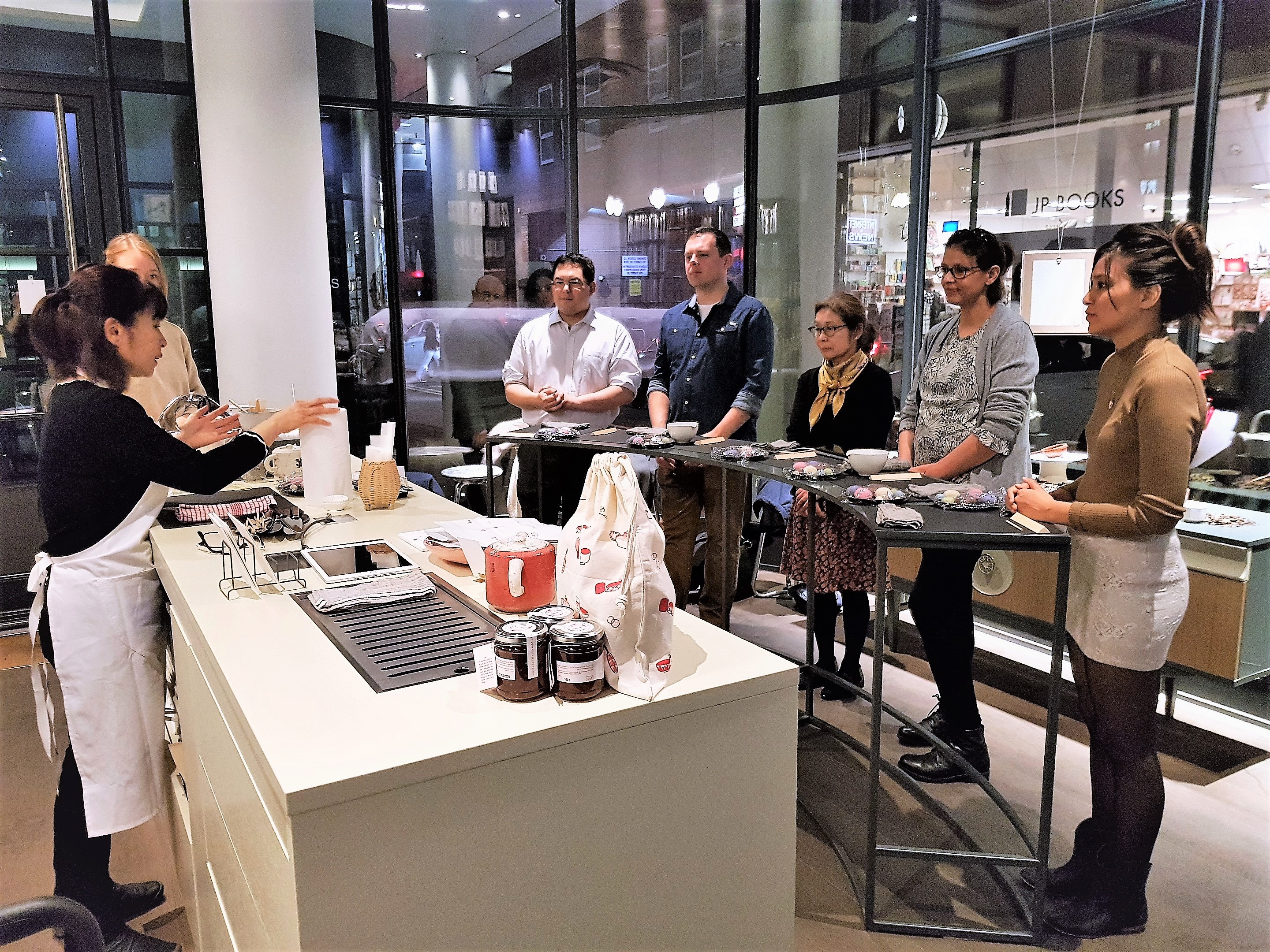 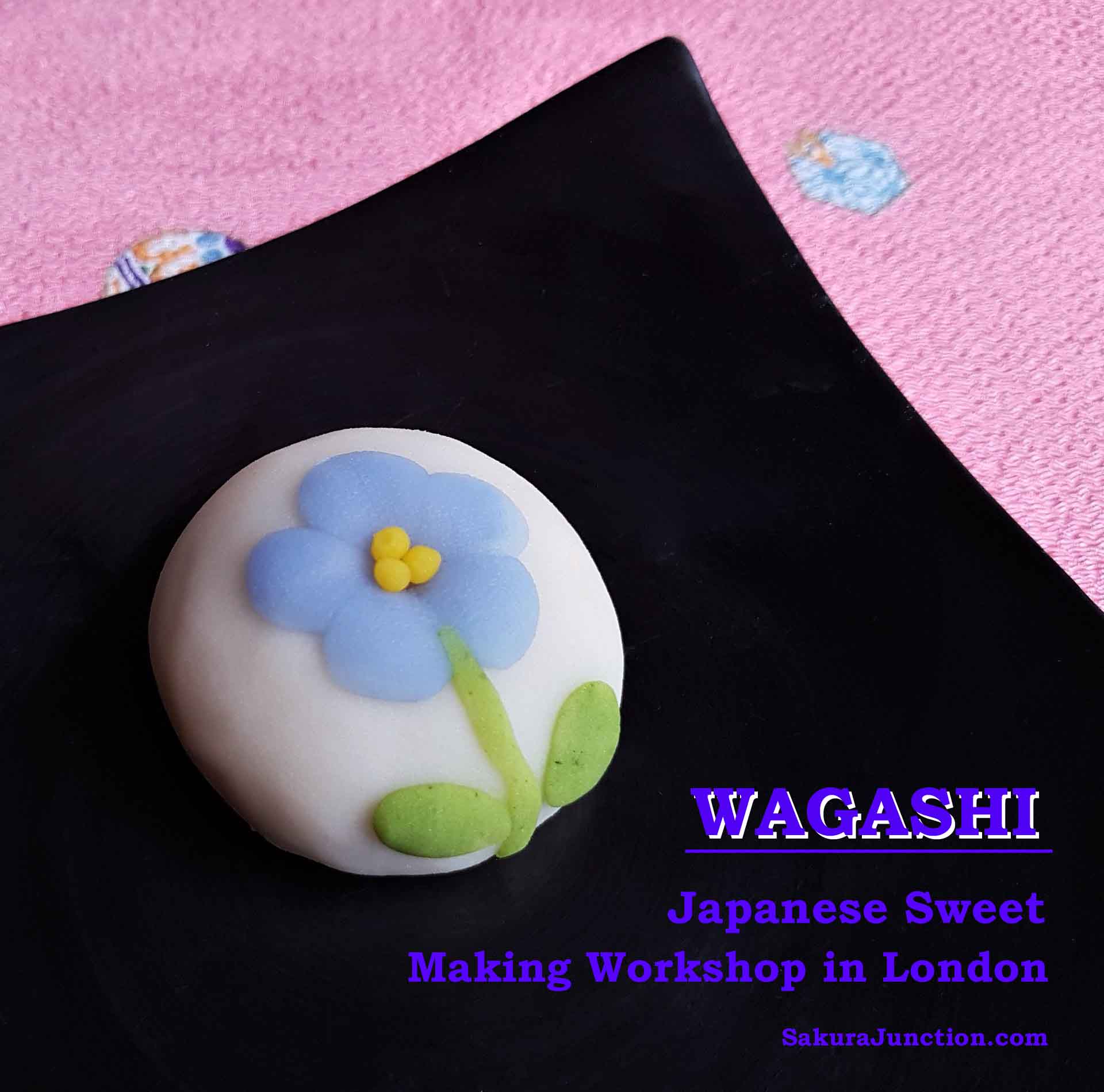 Three sweets we made in the workshop required basically two types of techniques. We started making the sweet with a white base and a blue flower on top. This is a very simple design but the pattern adds a very warm feeling like a picture with the torn-paper collage. In theory this one was the easiest of all and just a simple technique creates the look of the sweet very pretty. 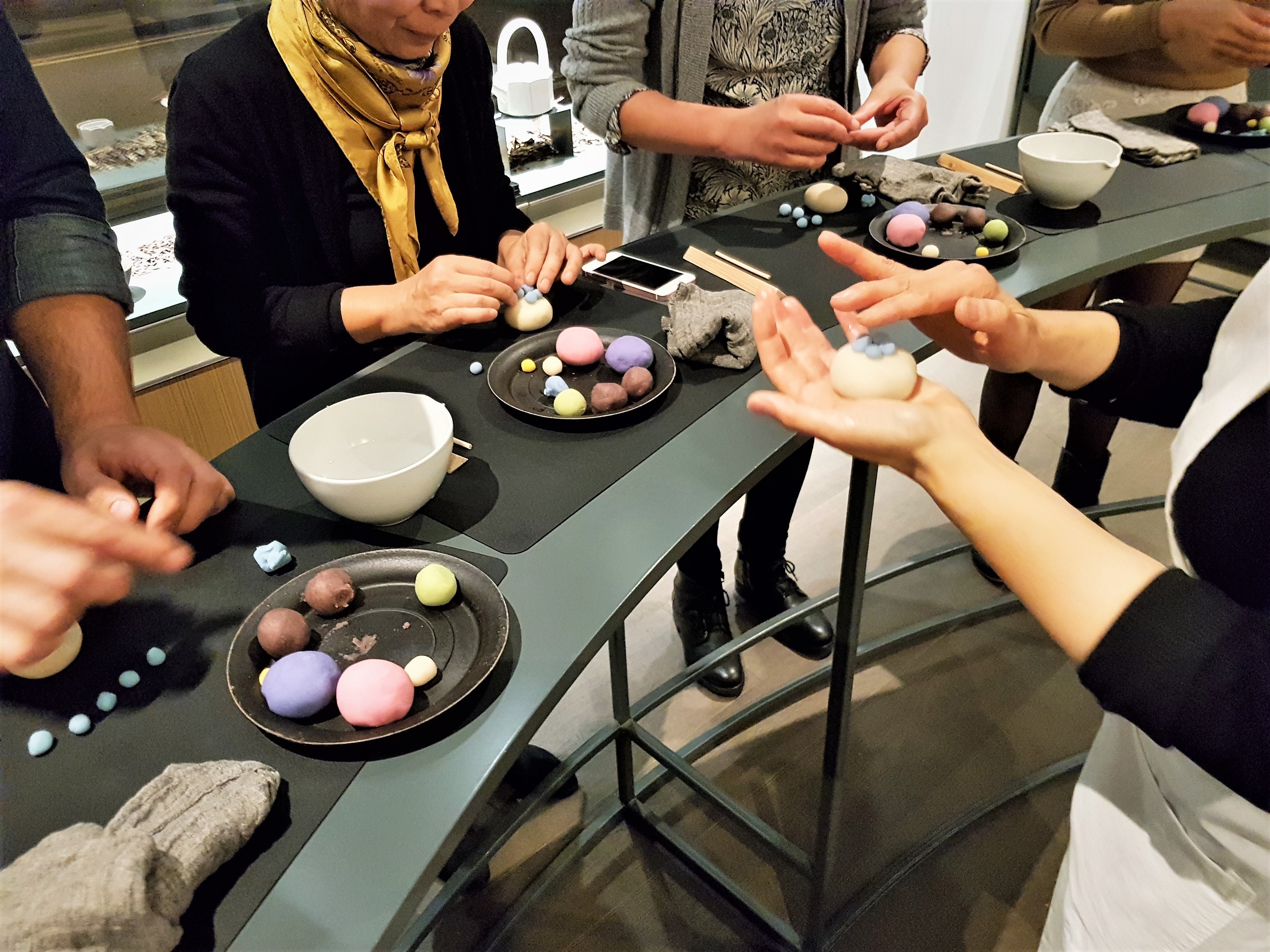 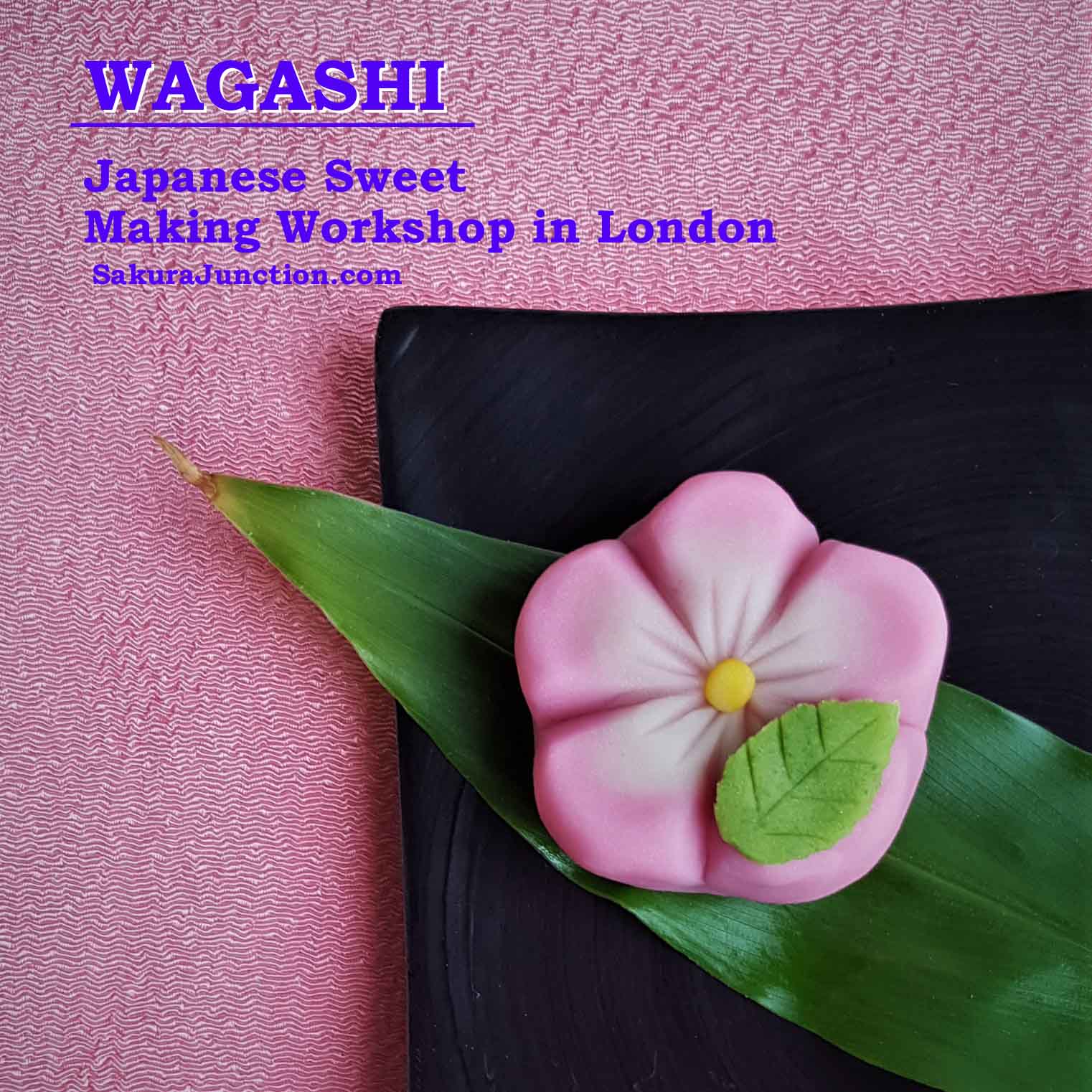 The class followed this by making sweets in a shape of pink and purple flowers. The method of making these were basically the same by using the same tool. That was because I wanted to give the participants the chance to get used to using it and mastering the technique. Although the way to create those two sweets were almost the same, by changing the way of using your hands and fingers, different shapes appeared. 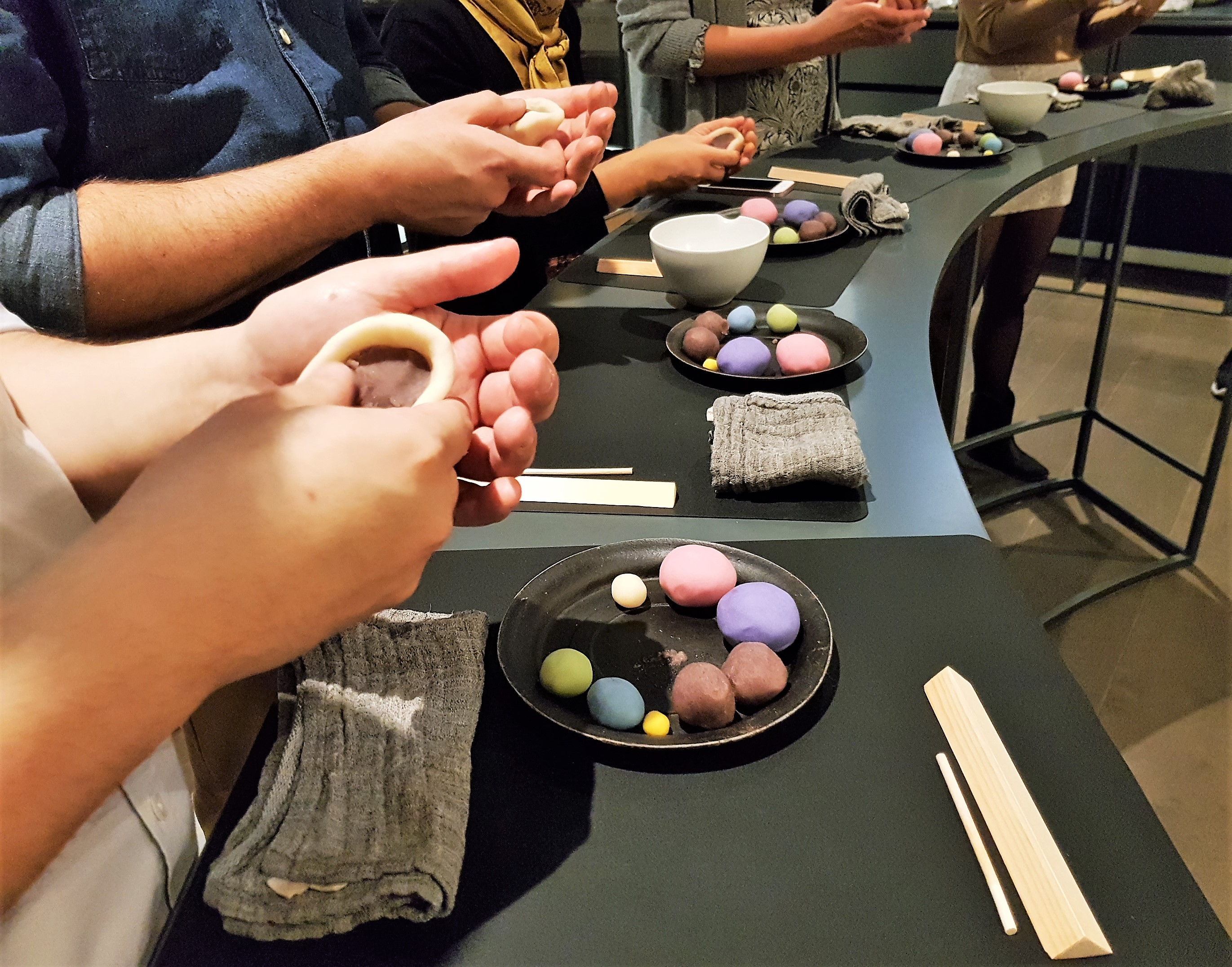 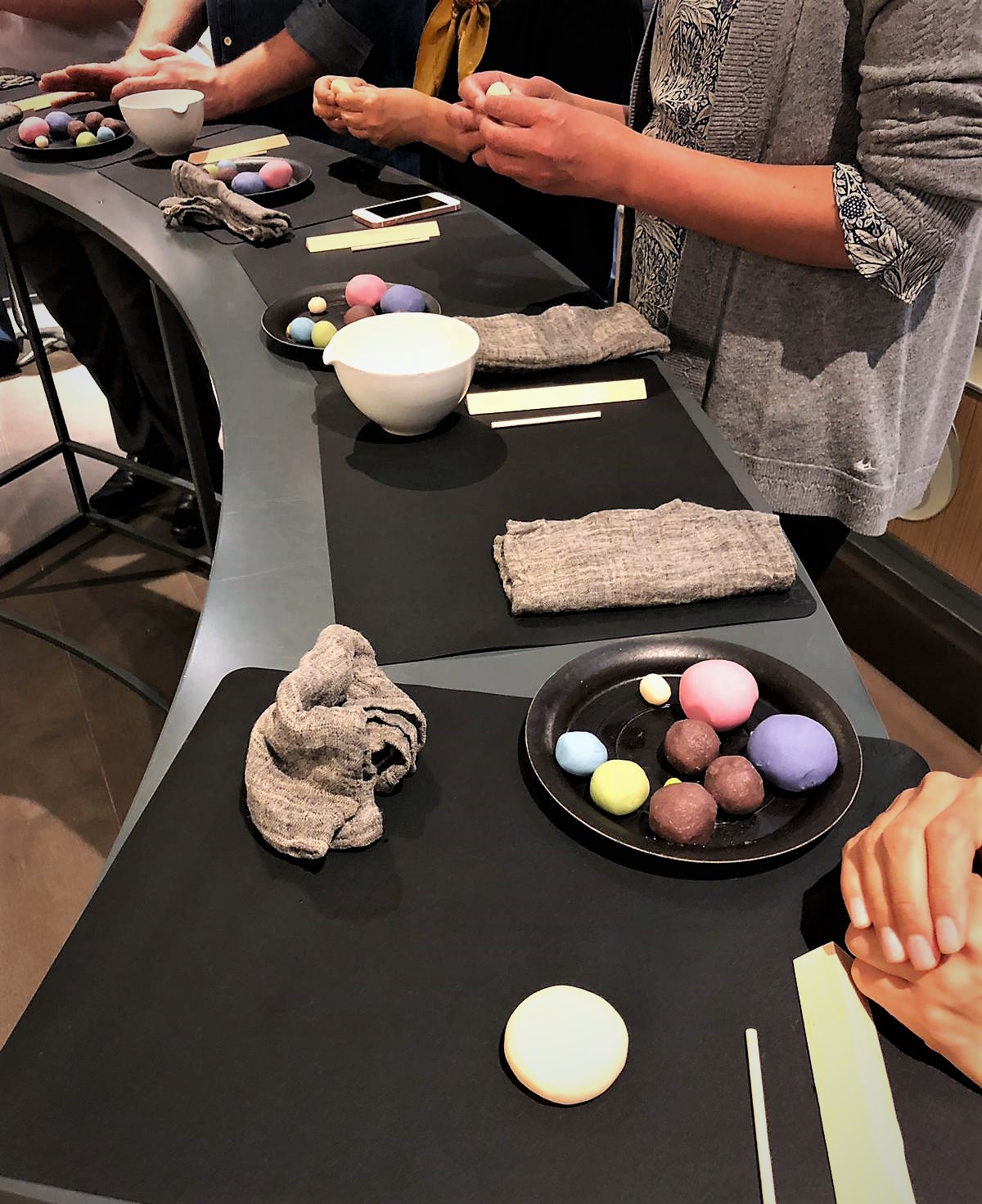 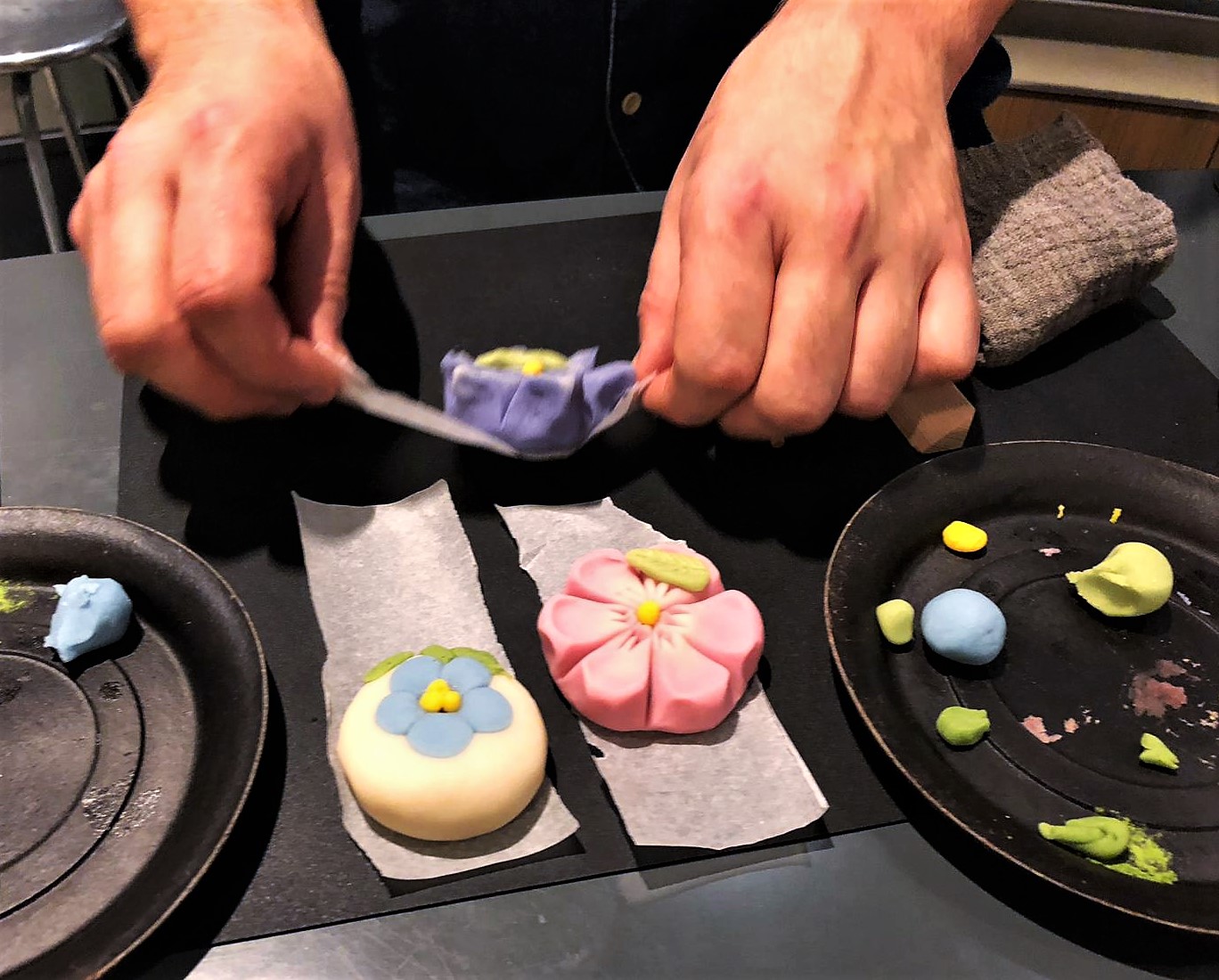 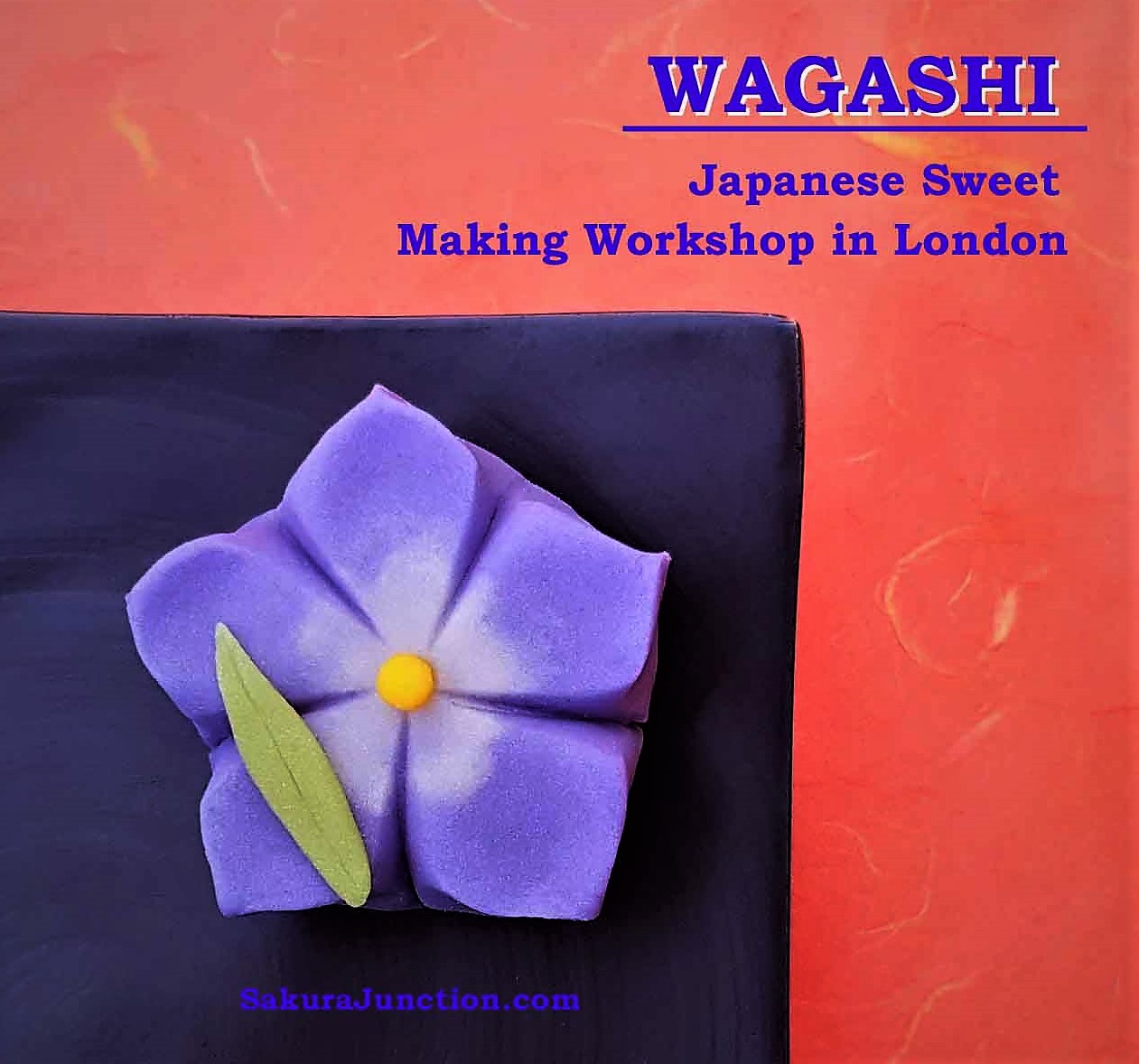 Whilst I was tutoring and also even after the workshop ended I was too busy talking to the participants and regretfully I did not have a chance to take any photos. I only received some shots taken during the class later and unfortunately I don’t have any photos of the participants’ creation this time. 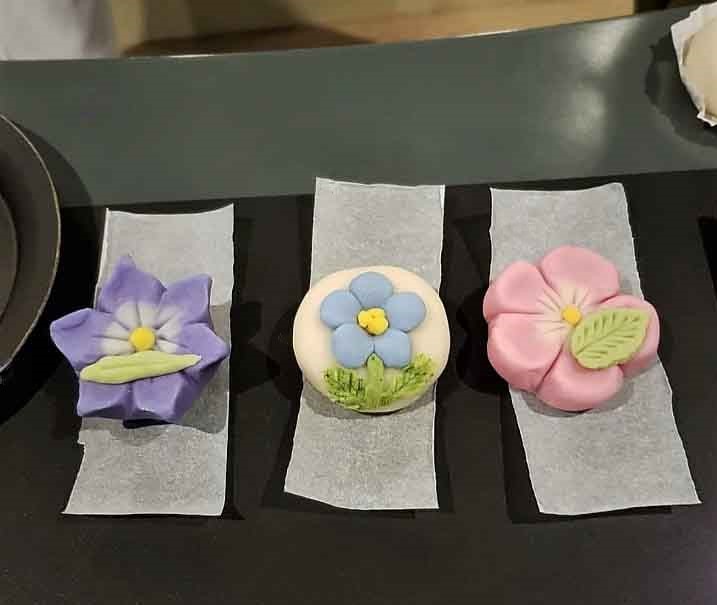 Created and photographed by Suzette @suzettehannah

*Announcement: My next ‘Wagashi’ Making Workshop in London will be in February at the same venue My Cup of Tea. The date hasn’t been confirmed yet, but if you are interested in participating, please keep an eye on my posts and contact me or My Cup of Tea. See you there!