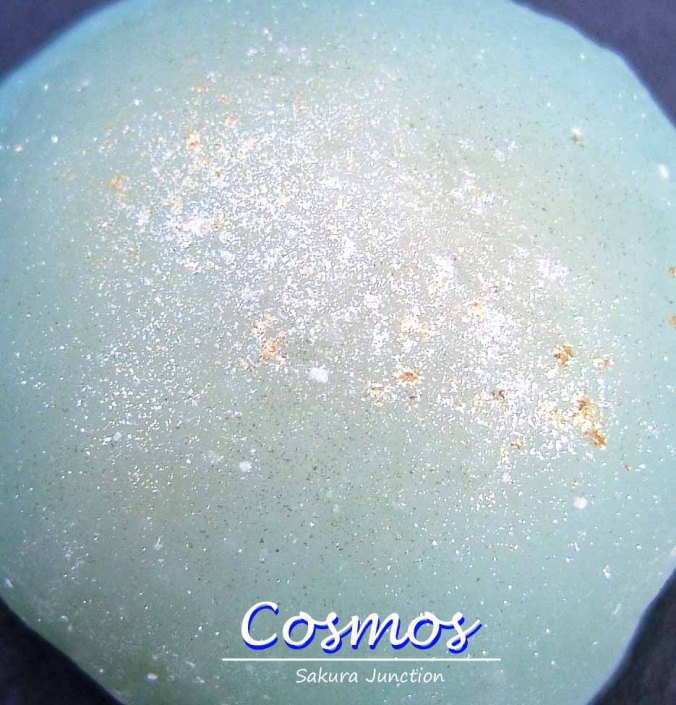 On the 7th of July we have another traditional event in Japan. It is called ‘Tanabata 七 夕’. It seems like Tanabata originally came from China a long time ago but it became one of the Japanese traditions started in about Nara period (AD 710 to 794). 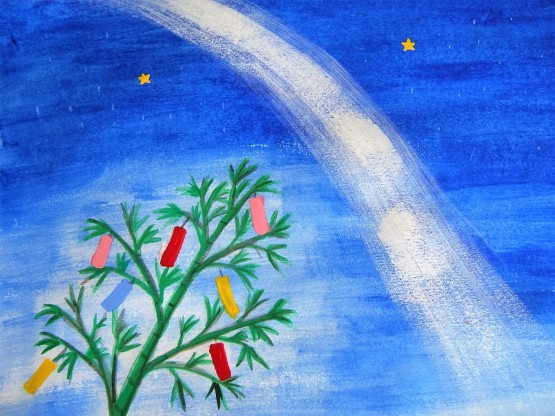 ‘Tentei (Sky King)’ had a daughter called ‘Orihime (Weaving Princess)‘ who weaved beautiful clothes that shines in five different colours. She grew as a young woman so Tentei wanted to find a good husband for her. One day Tentei met a very hardworking Cowherd called ‘Hikoboshi‘ on the East side of a river so he let them meet. Hikoboshi and Orihime fell in love at first sight and got married soon. However, once they became together, they enjoyed chatting too much and stopped doing any work. Their laziness made Tentei very angry and they were forced to live separately on each side of the river. The couple became too sad to work this time and just kept crying every day. Tentei wondered how he could make them work again and told them that if they work hard they would be allowed to see each other once a year on the 7th day of the 7th month. So Hikoboshi and Orihime started working very hard in the hope to see each other. On the night of the 7th of July they went to the river but there was not a bridge and they couldn’t meet. Orihime cried so much and her father saw her tears. Tentei made Magpies spread their wings to create a bridge over the river so Orihime and Hikoboshi could cross the river to see each other. From that day if the weather is fine they can meet on the 7th of July, however, if it rains magpie cannot fly so that they have to wait another year to meet.

This is actually a story in the sky and the characters are stars. Tentei is Sky, Orihime is Vega (Lyra) and Hikoboshi is Altair (Aquila) and the river is the Milky Way.

People in Japan decorate a Sasa Bamboo with colourful pieces of paper with their wish written on. In the evening we hope for a clear sky so that Orihime and Hikoboshi can see each other and our own wish can be heard by the Sky God too.

For this month I wanted to make sweet in Tanabata theme. It has to be something related to Sky, Stars or Universe … so I made this Japanese sweet “Cosmos”. 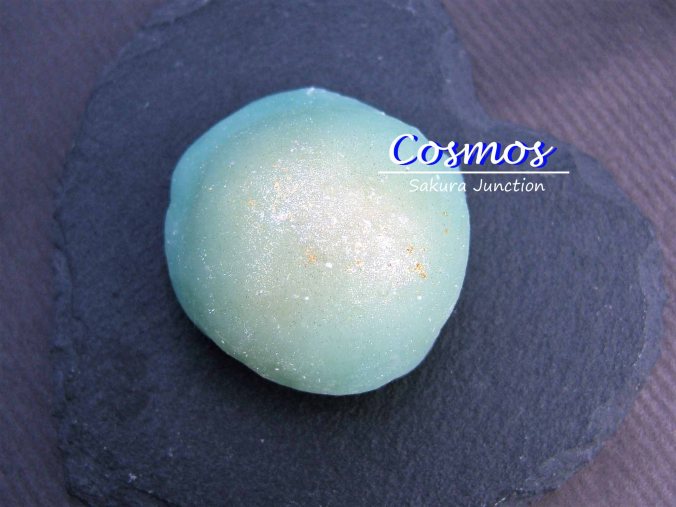 The outer layer of this sweet is ‘Uiro 外郎’ wrapping ‘White-An‘ centre. Light blue colour of Uiro is semi-translucent so that creamy colour of the centre can partially be seen. Some edible gold and silver powder applied on top looks like shiny starts and creating mysterious look and texture. 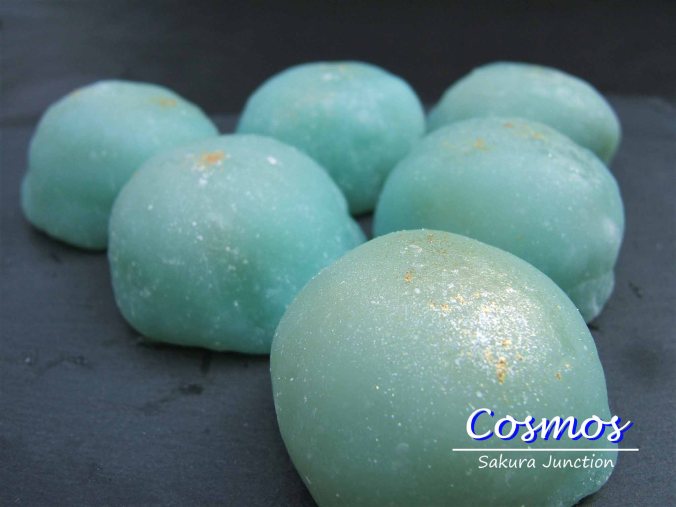 Uiro is made of Rice flour and Sugar and has a texture a little similar to ‘Mochi‘ (Rice Cake) which is getting popular as a topping on dessert such as Frozen Yogurt or Parfait.

This sweet is Egg, Dairy, Oil and Gluten free. 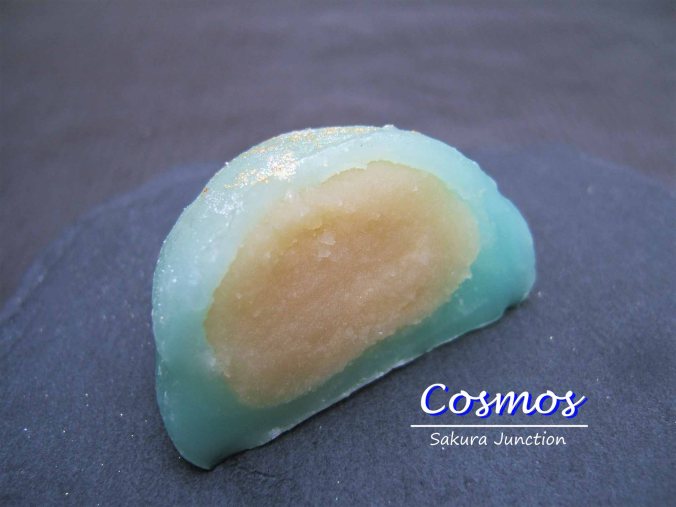 If you look closely into this sweet … Can you see Cosmos? 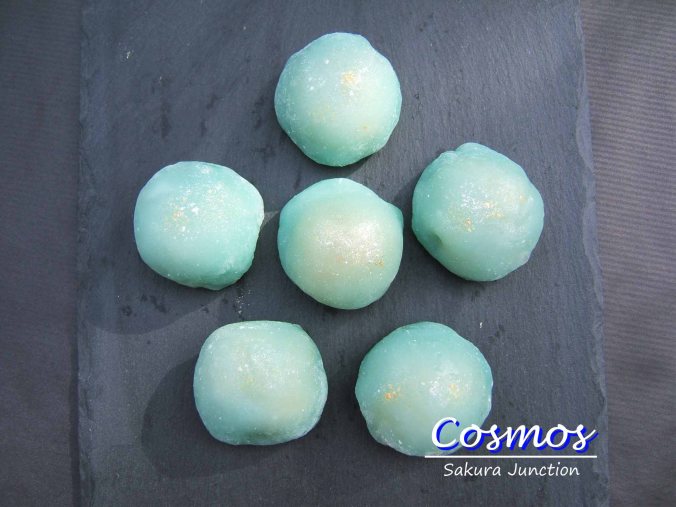 Hope it is going to be a clear sky this evening so that Orihime and Hikoboshi can see each other. 💓

You can try this sweet in Wasoukan Caffe during July.  😀