What kind of traditional Food do you have during the Christmas season? In England people have Roast Turkey with Gravy for their meal and then Mince Pie or Christmas Pudding for dessert or Tea.

I wanted to make some Japanese Sweet with a Christmas theme so after thinking for a few days decided to make this fusion sweet. 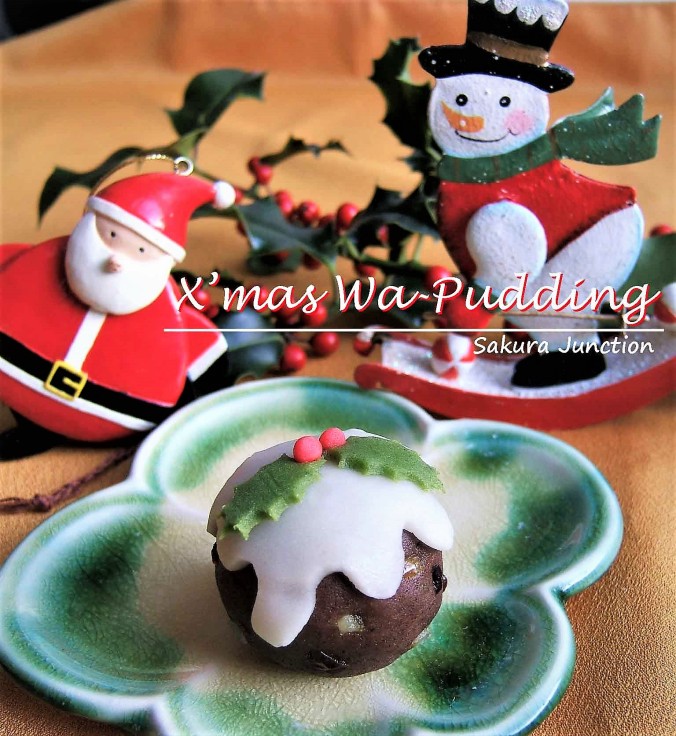 It might look like just a normal Christmas Pudding which is a wheat cake with lots of dried fruits and steamed in a quite big bowl. My version is much much smaller, just about 5cm in diameter. It is actually a very traditional Japanese sweet ‘Nerikiri‘ that is made from sweet Bean paste, rice flour and sugar. The white part is also made from sweet White Bean Paste and not icing sugar.

The central part is Azuki ‘Tubu-An‘ and it is Free from Gluten, Dairy & Oil and also Egg.

Oh, lastly I think I should mention about the naming. The word ‘WA (和)’ in Wa-Pudding means ‘Japanese’. So Christmas WA-Pudding means Christmas Pudding in Japanese style.

I have to say that I receive very good comments about this sweet from many people. I am very satisfied.  🙂 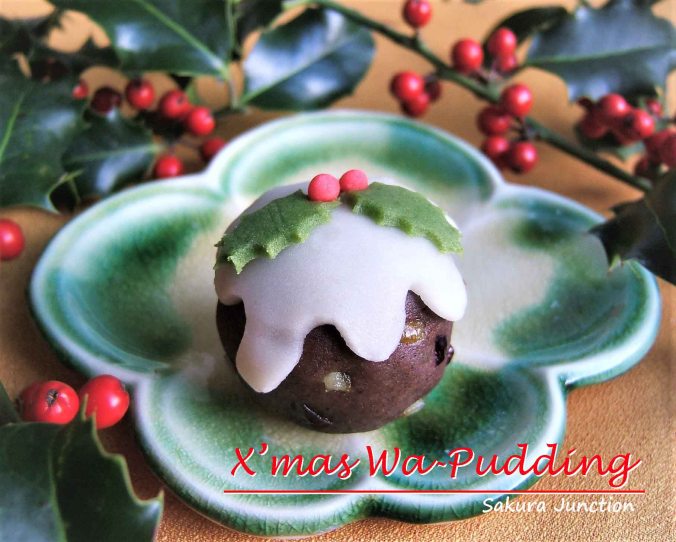 This Christmas WA-Pudding is served in Wasoukan Café (Notting Hill, London) until December the 22nd.