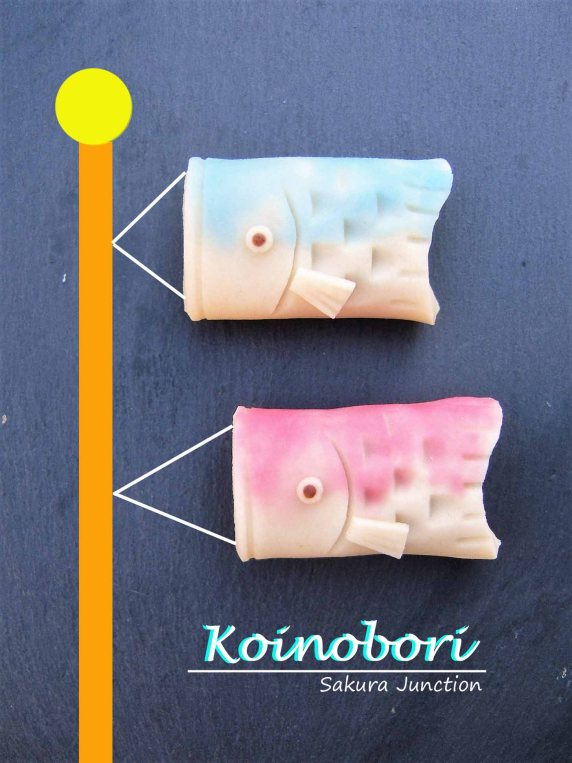 Time passes fast. Very fast indeed! It’s already May. This week people in Japan are having the longest National Holiday break in a year called the Golden Week. One of the Bank Holidays during the Golden Week is the 5th of May, ‘Kodomo-no-Hi‘. It is a day to celebrate the growth & health of children, but it is more like the Boy’s Day. We have the Girl’s Day on the 3rd of March as I posted before.

There are several things people do on the Kodomo-no-Hi. The most famous thing is that we place fish shaped flags outside called ‘Koinobori‘ (‘Koi’ means carp and ‘Nobori’ is a kind of Flag). We have a song about it for children.

It means “Koinobori swimming higher than the roof …”

Yes, it is placed traditionally higher than a roof, and some of them are bigger than a house. However, because many people live in a small apartment these days the size of Koinobori became much smaller in the last 50 years. From a week or two earlier towards the 5th of May you can see Koinobori swimming in the blue sky. It is a magnificent sight with a bit of wind, as they look like swimming in the sky. (However, I just saw somebody’s comment on social media that there is no Koinobori seen around where he lives…)

The thought behind this tradition must be because that Carp is a fish that is famous for swimming up a waterfall. So it is a symbol of strength and also a success and then parents place Koinobori with a wish that their children become as strong and successful as Carps. 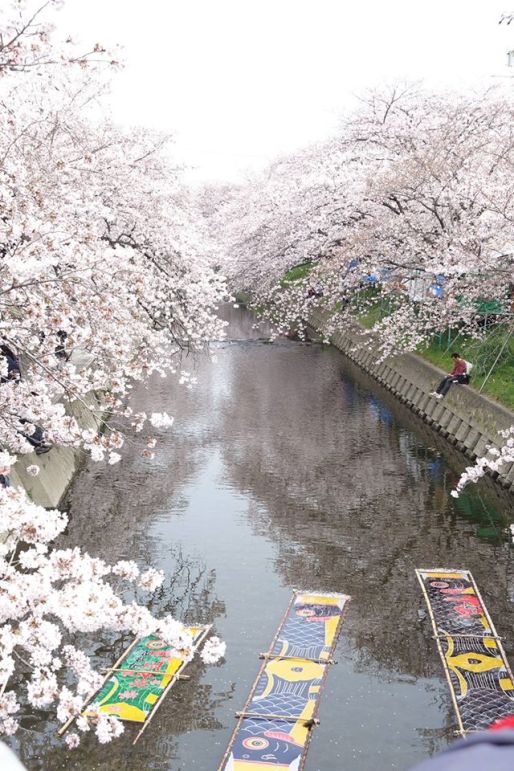 There is a town near my parents’ area called Iwakura (Aichi prefecture) which has a Koinobori making industry. Koinobori is printed on a cloth with some starch applied to give a shiny crisp finish. For rinsing off the excessive starch they are placed in a cold stream. This is called ‘Nobori Arai‘ and it is a seasonal scene you can see during winter to early spring. 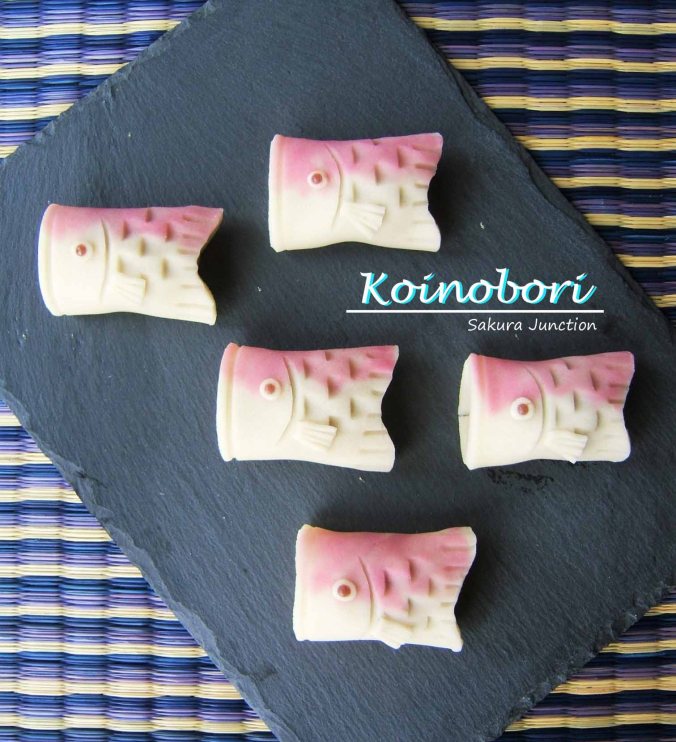 Although there are several food/sweets traditionally we eat on Kodomo-no-Hi, this sweet is not one of them. This one was created by myself inspired by Koinobori. It is a type of Japanese sweet called ‘Nerikiri‘ with ‘Tsubu-An‘ as the centre. It is Free from Gluten, Egg, Dairy & Oil. 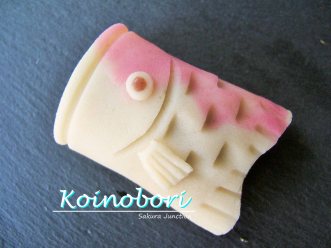 It is home-made and hand-made so each fish looks slightly different.

You can have this sweet with refreshing Matcha Green Tea served in a traditional Tea Ceremony style in a cafe section at the Kimono shop Wasoukan in Notting Hill in London during May. Enjoy 🍵!!  😀