I have introduced two types of my Wisteria sweets previously that I created by using two types of tools. And then I thought I could create another Wisteria sweet in a slightly different and possibly better design, so I wanted try to see if my method will work. Basically I was not satisfied with previous designs because they did not look Purple showering enough! It needed more flowers hanging down like a real shower.

So I created this sweet as an experiment. The technique is quite similar to the designs of the Wisteria I had made earlier by placing two layers in different colours and removing the top layer and revealing the bottom colour from the cut.

The difference is that I wrapped up outside of the filling with a sheet of Nerikiri sweet instead of completely hiding inside. I also used another tool that I had bought in Japan two years ago, but hadn’t practised much with it since then. I have tried using the tool before and I found it was so difficult to create a good result. Since I had an idea of making this Wisteria sweet I thought it was the time I should practice using it. 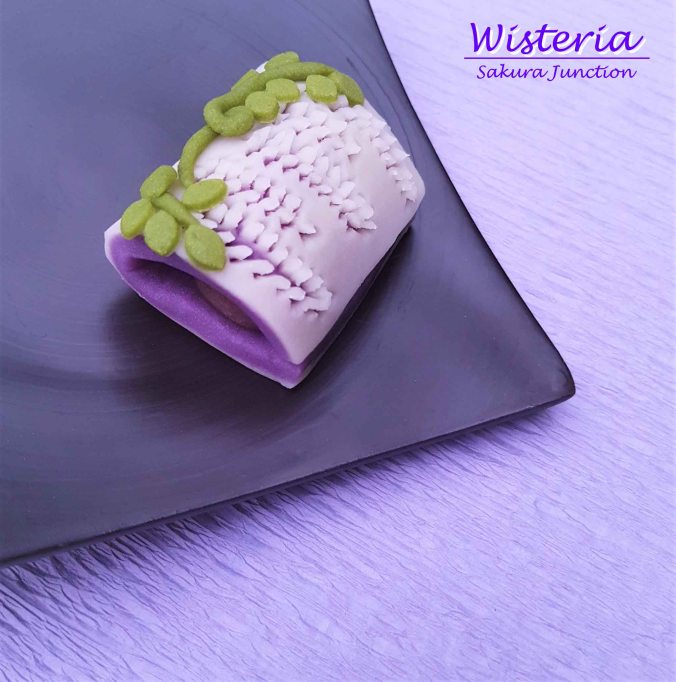 Because the previous designs were not purple showering enough for me I wanted to create as many flowers as I could and hoped to make more purple colour would become visible. However, it was very difficult to create cuts with the tool and these five flower pendants was the maximum I managed to create this time. I will continue practicing to use the tools more. 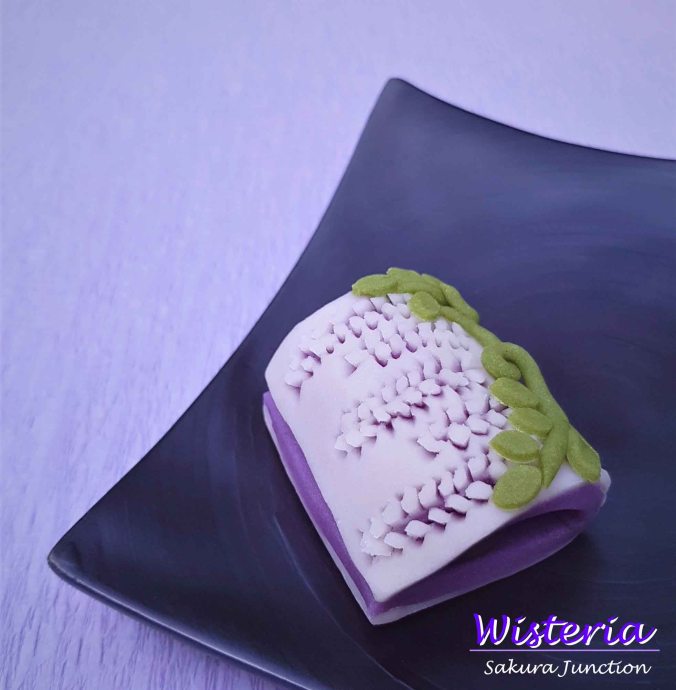 So out of three Wisteria sweets which one is your favourite?

2 thoughts on “Another Form of Wisteria”